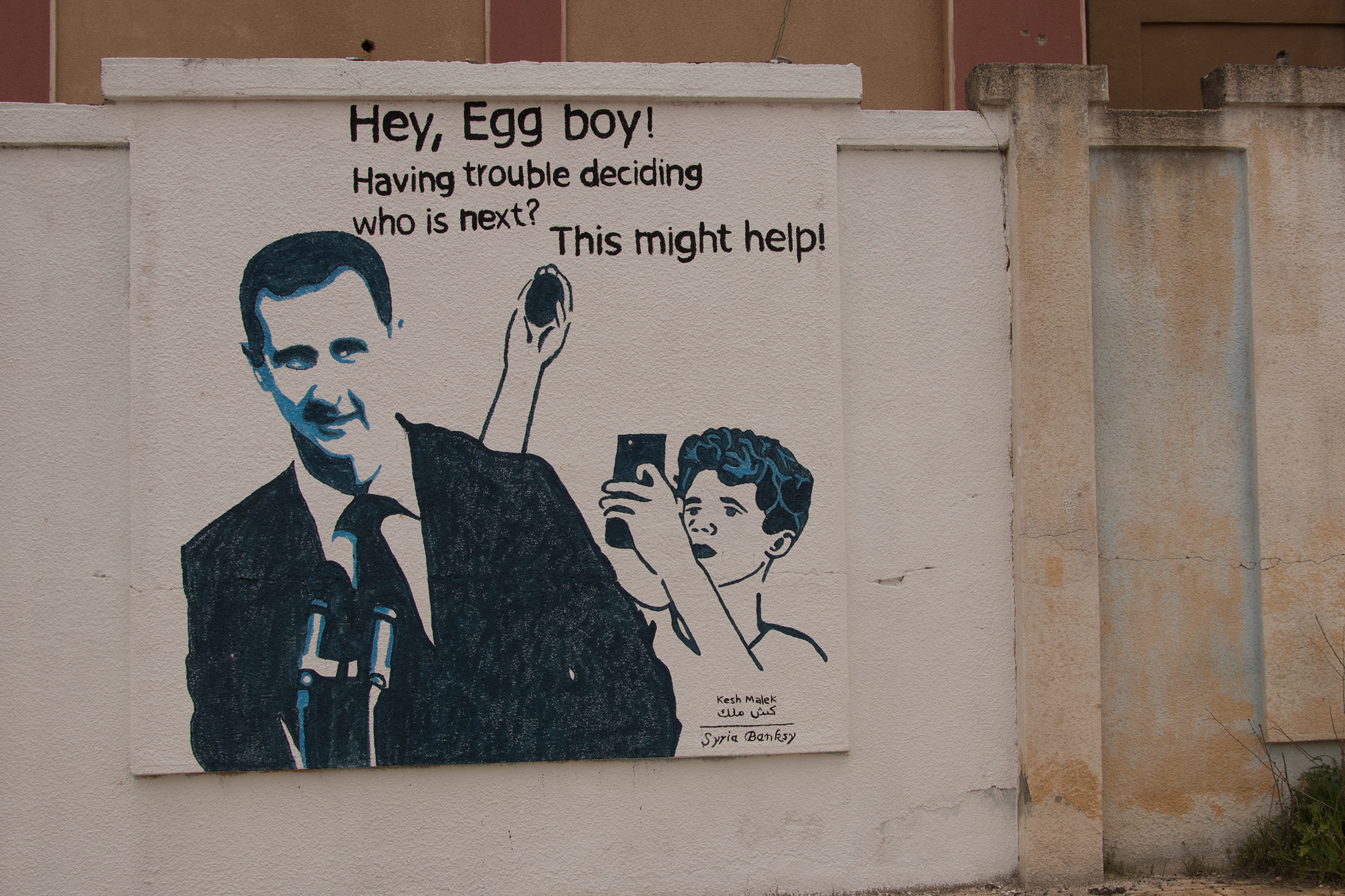 In an article published on TRT World Website, Kesh Malek executive director talking about Syria Banksy project “The project’s motive is to use graffiti to amplify civil society voices in Syria and to promote the values of freedom, justice, and democracy, which Syrians have been fighting for since March 2011.”

Conscious of reaching a truly global audience, the artists made sure to use the English language and references that were relatable to a digitally-savvy audience.

“We direct our message to Western audiences by first using English, and then referring to global events that are either happening now or happened very recently,” Kawa explained, referring to recent works that played on motifs from the UEFA Champions League.