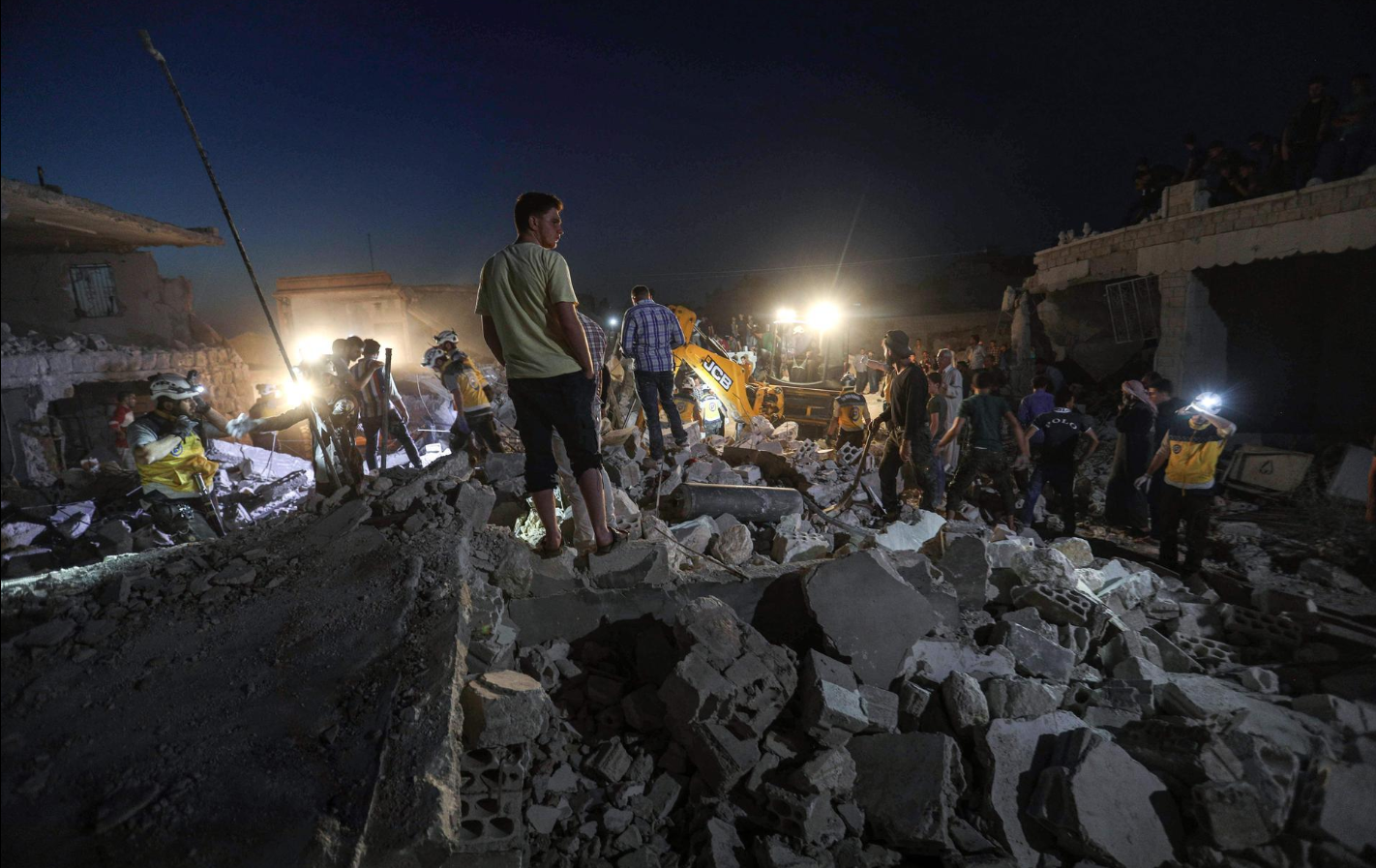 In an article published on The National World Website discussing the latest Syrian regime and Russian vicious military campaign in the northwest of Syria Kesh Malek Executive Director Isam Khatib said many educational facilities in northern Syria had to curtail or cancel classes and exams because children’s lives were at risk. Kesh Malek has been working tirelessly to support pupils and fund schools in the region, “but our accelerated education project is in danger because of the intense attacks and instability,” Mr. Khatib said.

He said the project’s staff visited families whose children were not going to school, to raise awareness about the importance of education and encourage them to send their children to Kesh Malek learning centers.

Over four to eight months, the staff at the centres conduct therapy sessions to stimulate the youngsters’ dormant learning ability and prepare them to go back to school.

“What is important is to give children the motivation and power to study in spite of their horrifying experiences and circumstances,” Mr. Khatib said.

Mr. Khatib said that despite the programme’s success, with 70 percent of children who take part in going back to school, “our efforts could go with the winds if the attacks continue.”

He said future plans for the education sector across northern Syria were being affected by the risk from conflict and a severe shortage of funding.

Link for the full Article